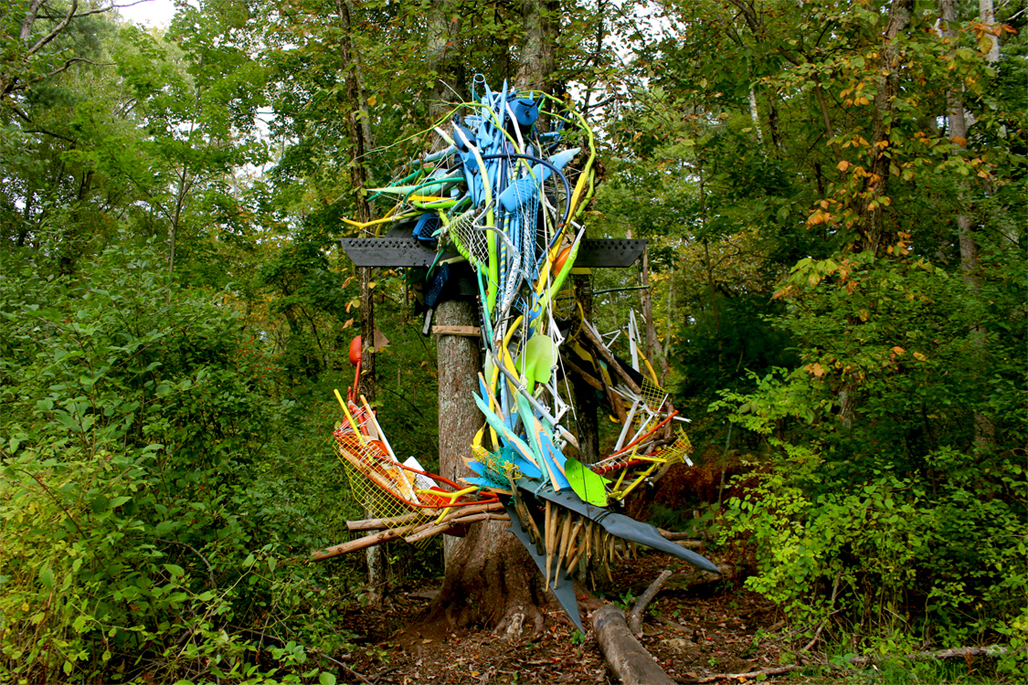 In 2018, I spent four months collecting litter throughout Plum Island Massachusetts. Plum Island is named after bright, purple berries of the beach plum plant that can be found throughout the barrier island. The island is better known for supporting one of the most diverse avian populations in the world. The beaches provide necessary nesting grounds for many endangered shorebirds such as the Piping Plover. Six days a week I collected garbage off the local beaches and from the maritime forest. As I walked, I would fill  numerous bags with trash and drag them back to my truck.  Each day I was confronted with more material than I could ever remove, and most days the bed of my truck would be full to the brim. For my 29 birthday I was pleasantly surprised by the local park services with access to this amazing side by side complete with trailer.

The debris I removed during that four month time span provided almost all of the material for my entire 2019,  body of work.  I combined all of the large sculptures I made that year together into this work titled, “Actual Reality Unit”. The piece was installed on what is now protected land in, MA. 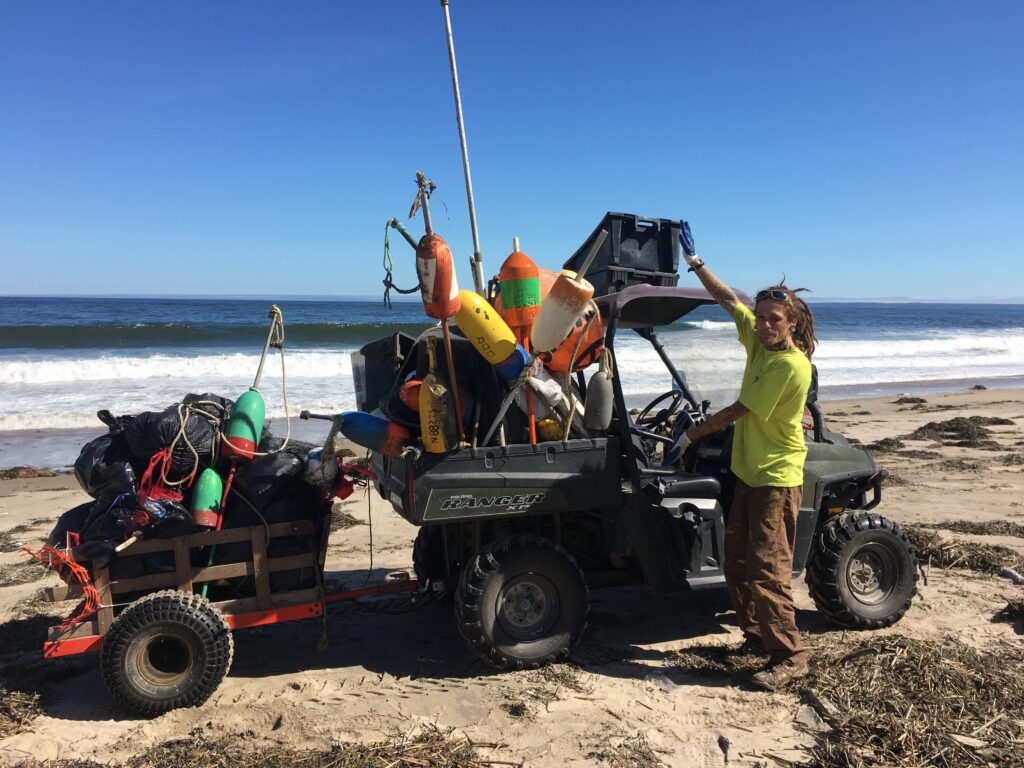 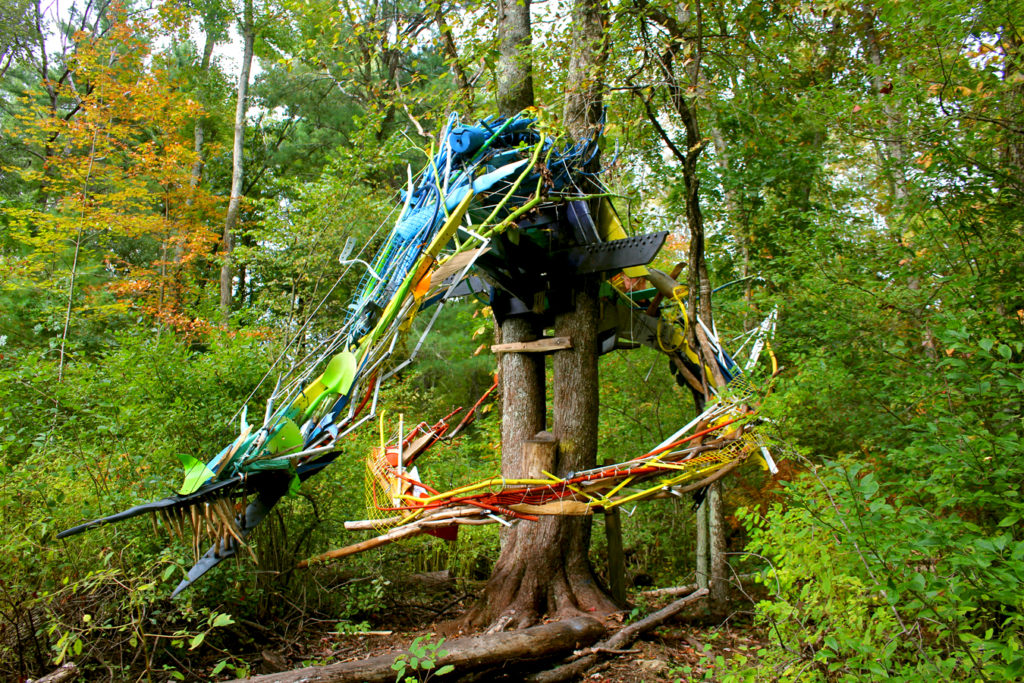 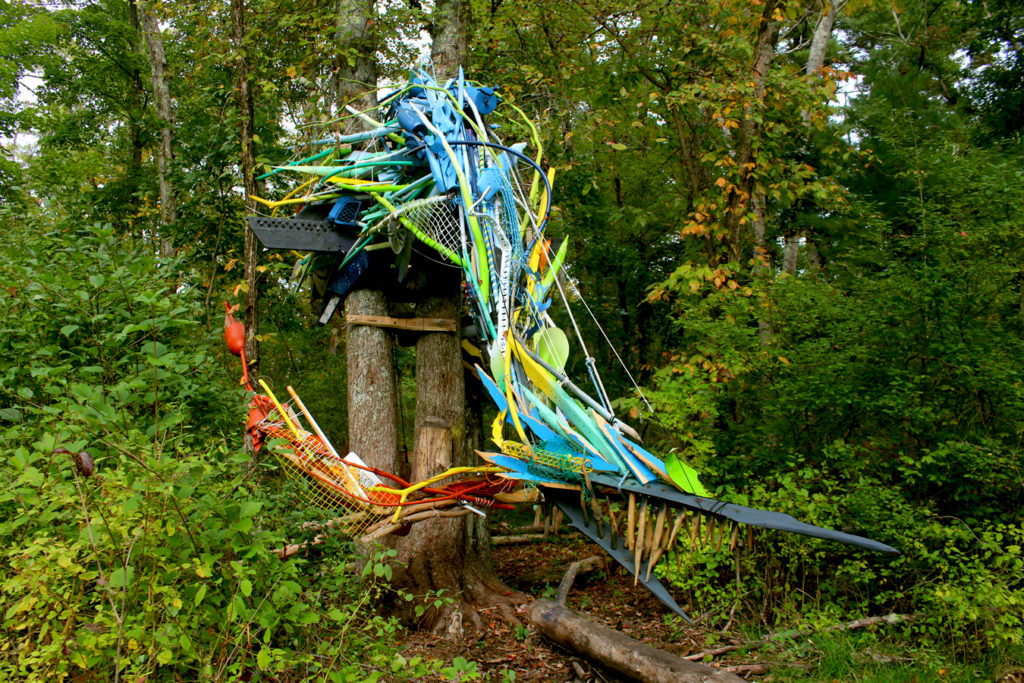