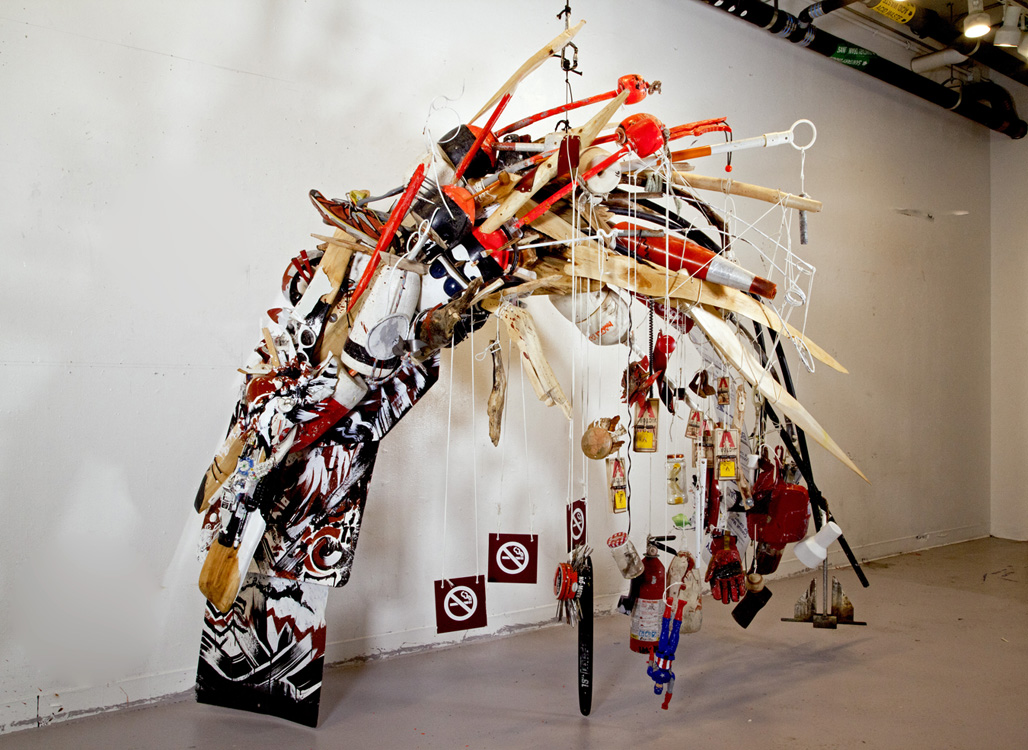 Coast Cancer is a slang term used to describe the rust and deterioration of metal due to the salinity in the air.  This piece was inspired by the sharp, red rust found on the metallic objects I collected from the New England shoreline. Coast Cancer is made from refuse found in various locations all bordering the Atlantic such as: Camden, ME, Plum Island, MA, Rockport MA, Lincoln RI, and Providence, RI. For me, the red rust represents the New England landscape that has corroded significantly due to the development of  residential properties littering our coast. As more and more people seek the beauty of the land, more and more of the land is developed, and tragically the local ecology suffers. On the other hand, the rust embodies the resiliency of nature. The inherent organic qualities of the rust consuming ore, worked by man, became a hopeful metaphor in my mind.

As old red metal crumbled like soil in my hands, I saw rust as an action made by nature.