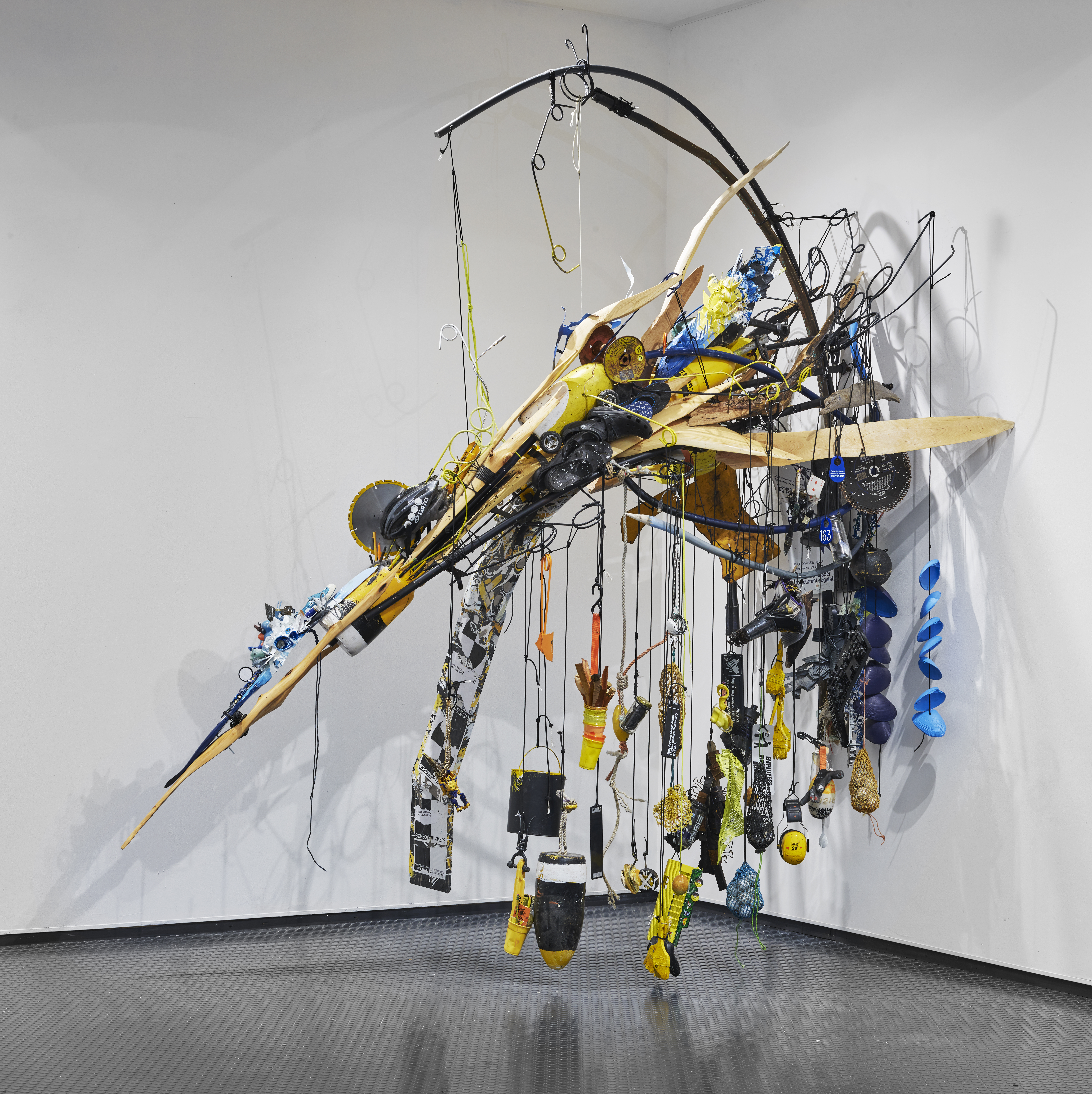 The material in this piece was all collected from the beaches of Parker River Wildlife Refuge in Newbury, MA. Immediately after the new year, the area experienced a series of severe nor’easters. As waves pounded the coast, miles of dunes were leveled, flooding the maritime forest. The maritime forest at Parker River is very a special place. It is a major stop for numerous migratory bird species. In the summer the scraggly Dog Wood and Black Pine host the largest concentration of Warblers in the world. Without the protection of the dune wall, the forest became vulnerable to an angry ocean. As swells of water pounded the forest ground, the riptide literally pulled the land away. That spring the beach looked like it had been hit by a bomb. Many endangered bird species rely on the  beaches at Parker River for nesting grounds.

How can we help you?